Are Tokens the Same as Coins?

Coins and tokens both represent a store of value, much like fiat currency, such as dollars, euros, yen, etc. But there’s a crucial difference: digital coins are a form of money, while digital tokens represent something that can be assigned a price.

The blockchain tracks Ether coins, or Ether-based tokens, as they change hands. Individuals and companies store the coins they own in digital “wallets,” secured by a unique password.

The Internet and Blockchains

The blockchain concept was made possible by the Internet. Instead of having a physical presence, like a corner bank, the blockchain exists on the Internet’s vast network of interconnected servers and clients.

There’s no vaults, no guards and no armored cars to ferry digital coins around. No government or business is in control of the blockchain. Only supply and demand set the price of a coin.

Bitcoin is now accepted as a form of payment by several large companies and has also become an official currency in El Salvador. As more entities accept Bitcoin for payments, more people will be buying and storing Bitcoin and other digital currencies in their digital wallets.

What Are Crypto Tokens?

Tokens exist in a digital record on the blockchain. But tokens aren’t money, as money is typically understood. Instead, they represent things.

Often a digital token represents physical or intellectual property, such as a work of art, a piece of music or a book. The best-known example of this is the non-fungible token or NFT.

How Do Tokens Work in Crypto?

An NFT is like a digital collectible. You can buy it, own it, sell it or trade it. If it represents something important or attractive to a large group of people, its value will be high. Most tokens have traded for a fraction of an Ether, while some have been sold for millions of dollars.

A property deed, newspaper article or movie script can be tokenized. Burger King has created a game in which customers can win NFT collectibles. Melania Trump is selling non-fungible tokens of her portraits.

The creation of digital coins is a capital-intensive, complex process. It requires programmers, machinery, money and organization.

Tokens, by contrast, can be created by anyone with a computer and something to tokenize. The software to do so is readily available on a variety of platforms.

You could turn a homework assignment, a postcard, or a grocery list into a digital token. Somebody might even buy it.

To understand tokens, it’s helpful to realize they come in different flavors. Utility tokens, for example, blur the line between coins and tokens. They are created by businesses. They give the owner the right to use that company’s product or service in the future.

This makes utility tokens a store of value. They function like digital coins. But the function is restricted. You would not be able to use a Burger King token for an Uber ride, for example, or a Disney+ subscription.

Many utility tokens are based on the Ethereum blockchain. This provides a convenient way for buyers and sellers to exchange their tokens.

There’s an important catch, however. As supply and demand changes the value of Ether daily, the exchange value of anything denominated in Ether fluctuates. This makes it difficult for buyers and sellers to predict the future value of their Ether-based tokens and coins.

Security tokens represent a tradable investment or asset. The shares of a company can be tokenized, as can the deed to real estate or a car.

As investments, tokens are regulated by government agencies. In theory, this makes their owners less vulnerable to hacking and fraud. Ownership of a security token is verified through a record of its existence on a blockchain.

What Are Crypto Coins?

New coins are constantly being created, such as Dogecoin, Litecoin, Tether and Cardano. No matter the name, their purpose is the same. They provide a store of value and medium of exchange.

New and different forms of tokens are also coming into existence, but their purpose varies. The owner of a transactional token can use it to transfer money, to avoid steep bank fees. A governance token would allow you to vote, as a citizen, a board member or a shareholder.

The Game of Tokens

Game tokens do the obvious: provide for the purchase of or participation in a game. Struggling “bricks-and-mortar” video game retailer GameStop has game tokens in mind for a new NFT marketplace based on its products.

If a gamer is willing to spend dollars for an in-game skin or weapon, the theory goes, surely that gamer would pay Bitcoin, Ether or another digital currency for an NFT.

In a video game, a token could represent a character, an ability, a stat boost or unique equipment. The NFT will hold value, and the company, as the middleman, would earn fees for providing the platform for trading it.

The use case for blockchain technology and digital coins and tokens will continue to expand. As it does so, the general acceptance of these assets will increase, driving up their value and utility. 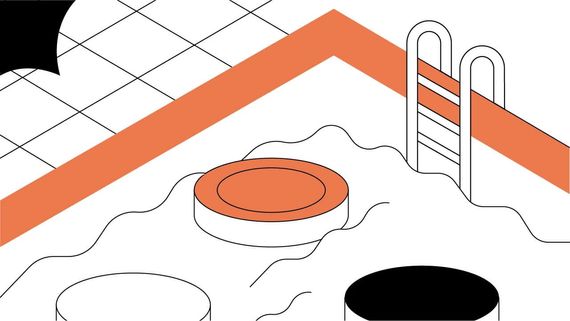 This will be a project of high significance and the crypto enthusiasts are eagerly debating the POW vs. PoS comparison.