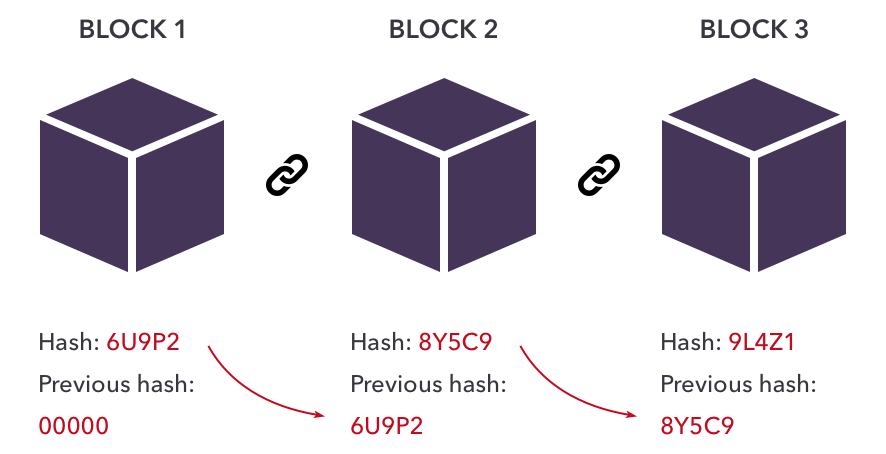 Blocks are where transaction data is stored in a blockchain. Each block has a hash that uniquely identifies the information contained within the block.

Blocks are created by miners (or validators in Proof of Stake) and contain recent transactions. When a valid block is produced, it is propagated throughout the network and each miner adds the block to their copy of the blockchain.

The table below shows the information contained within a block

The two main pieces here are the transactions and the blockheader. The transactions contain inputs and outputs as well as the digital signature of the sender.

The blockheader contains several pieces including the nonce (a somewhat random number), timestamp, the hash of the transactions in the block, and the hash of the previous block.

From Blocks to Blockchain

In the two blocks above there is transaction data, a nonce, the hash of the previous block, and the hash of the current block. This is a simplified model but serves the purpose of visualizing blocks.

In this second visual, the first transaction in block 1 has been changed. The hash of block 1 changes because of this.

Compare the hashes of block 2 from both visuals. They are different because the hash of block 1 changed.